You are here: Home / Crime / Courts / Kramer pleads not guilty 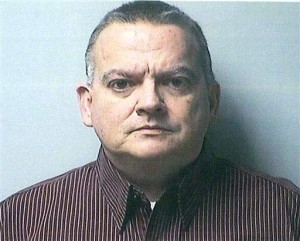 A embattled lawmaker pleads not guilty to sexual assault charges. Representative Bill Kramer, the Waukesha Republican stripped of his title as Assembly majority leader after accusations of misconduct at a Washington, D.C. fundraiser, entered the pleas on two felony charges of second degree sexual assault. That stems from a 2011 incident outside the High Tide Pub & Grill in Muskego, when Kramer allegedly groped a woman.

Kramer waived his right to a preliminary hearing, and a Waukesha County court commissioner found probable cause to proceed to trial. The criminal complaint alleges that the 49-year-old Kramer grabbed the breasts and groin of the woman, a legislative staffer, following a Republican event at the bar.

The charges were filed in March, just a month after the lawmaker was accused of groping another aide and sexually harassing a lobbyist at the Washington event. Each count against Kramer carries a maximum penalty of up to $100,000 in fines and a 40 year prison term. His attorney has said he believes Kramer will be exonerated.