You are here: Home / News / Mourning a loss in Clear Lake schools 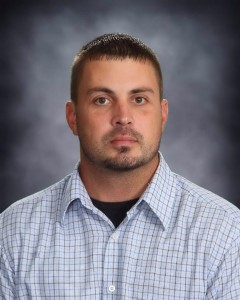 A small Wisconsin school district is mourning the death of a guidance counselor Adam Moen was a counselor in Clear Lake, where District Administrator Brad Ayers said students and staff are coming to grips with Moen’s death. “An accident like this, to a 34-year-old young gentleman that meant a lot to our communities … it’s abrupt, it’s shocking, and that’s what we’re dealing with.”

On Saturday, Moen was riding on a lawn mower with his son, when it rolled over on top of them. He died at the hospital. “It’s pretty phenomenal when you look at what a small school guidance counselor does. It’s just a tribute to that profession in our small schools, and obviously what we’re going to miss from Adam because of the things that he did, and he did them superbly,” Ayers said.

In addition to his role as the district’s junior-senior high school counselor, Moen also served as varsity baseball coach and filled numerous other roles in the Clear Lake District, which is located in Polk County in northwest Wisconsin. Extra counselors have been brought in for staff and students.