You are here: Home / Legislature / Nass to run for state Senate 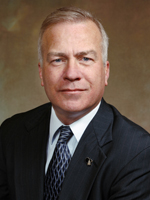 A long time Assembly Republican has announced plans to run for the state Senate.

State Representative Steve Nass (R-Whitewater) says he will not seek re-election to the 33rd Assembly District this fall. Instead, the Whitewater Republican plans to run for an open seat representing the state’s 11th Senate District. The announcement comes just a day after Republican state Senator Neal Kedzie (R-Elkhorn) announced he plans to retire at the end of the year, instead of seeking another term in office.

Nass has served in the Legislature since 1990. He says his campaign will focus on tax relief, creating private sector jobs, and reforming the state’s K-12 and higher education system.

Kedzie has already come out in support of Nass’ campaign, along with state Rep. Tyler August, who also lives in the Senate district. No Democrats or other Republicans have registered yet to run in the 11th Senate District.