The Milwaukee Brewers got out of Florida on Sunday having won 2 out of 3 from the Miami Marlins. 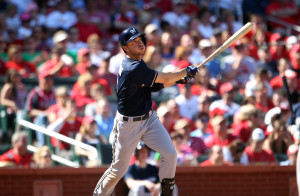 Jimmy Nelson tossed 5 2/3 innings of scoreless ball to earn his first Major League win, a 7-1 victory over the Marlins.  Nelson allowed 5-hits and struck out 6 hitters before giving way to the bullpen.

Nelson was filling in for the injured Yovani Gallardo, who missed his start while recovering from a sprained ankle.  Nelson was sent back to Triple “A” Nashville right after the game.  The Brewers filled the roster spot by calling up utility infielder Irving Falu, who was hitting .288 at Nashville.

The Brewers got their offense going with 14-hits, four from Ryan Braun and three from Jonathan Lucroy.  Braun finished a home run shy of the cycle.  All three of Lucroy’s hits went for extra bases.  Khris Davis added a pair of doubles to right.

The Brewers improved to 30-21 on the season, reaching the 30-win mark at the earliest date in team history.

The Brewers finished their road trip with a 4-6 record.  They’ll open a series at Miller Park today against the Baltimore Orioles.  Kyle Lohse (6-1 2.67) pitches for the Brewers.