You are here: Home / Packers / Packers try to improve their defense, start with a safety (Audio & Video) 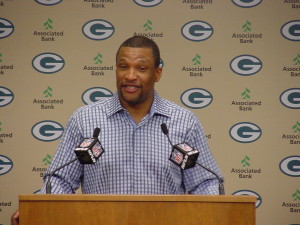 One thing is certain, the Packers need better play from the safety position this season.

AUDIO: Perry said the safeties have to be better :14

The Packers now have Burnett, Clinton-Dix, Sean Richardson, Chris Banjo and maybe Micah Hyde at the safety position going into next season.  Perry was non-committal on just what Hyde’s role will be.

Check out these YouTube highlights of Ha Ha Clinton-Dix.