You are here: Home / Crime / Courts / Parent arrested after pulling knife at school 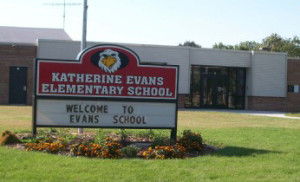 A Fond du Lac man is facing multiple charges, after police say he pulled a knife during a fight in the parking lot of an elementary school.

The incident Wednesday outside of Fond du Lac’s Evans Elementary School reportedly started as a fight between two parents over reckless driving. Assistant Police Chief Steve Klein says the 54-year-old suspect pulled a knife during the argument, threatening a parent who had confronted him about his driving.

The school was briefly placed on lockdown while police were called. Klein says the suspect lunged at the other man, but did not injure him.

Police responding to the fight had to use a Taser on the suspect before taking him in to custody. Klein says the unidentified man now faces charges that include disorderly conduct and possession of a dangerous weapon on school grounds.