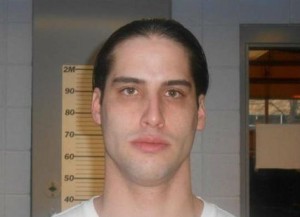 A Stevens Point man charged with stabbing another man three times with a knife and a samurai sword was in court Monday.

Bella allegedly attacked Richard Richert at around 1:45 a.m. last Thursday. Bella used to live in the building until he was kicked out for drug and alcohol abuse.

Police say Richert was able to take Bella down to the floor and hold him with the help of roommates until officers arrived. Richert was then taken to St. Michael’s Hospital for treatment of the three stab wounds.

Bella appeared in court by video link from the jail. Judge Thomas Eagan set bond at $250,000 cash. He will stay in jail since he violated probation from a previous case. An initial appearance has been scheduled for 1:30 p.m. on May 19th.