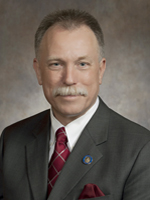 Another member of the state Senate says he has decided against seeking another term in office. Republican state Senator Neal Kedzie announced Tuesday that he will retire when his current term ends, marking the end of a more than 17 year career in the state Legislature.

In a statement, Kedzie said the decision was prompted by a desire to “spend more time with his family and pursue other opportunities outside of state government.”

Kedzie is the fourth Republican member of the state Senate to announce retirement plans, along with three Democrats who also do not plan to seek reelection in November.