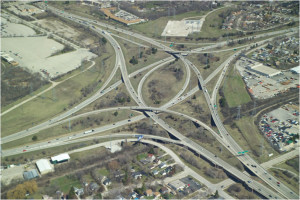 The Black Health Coalition and the Milwaukee Inner-City Congregations Allied for Hope filed the lawsuit two years ago. They accused the state Department of Transportation of discriminating against urban minority residents, by not adding transit improvements to a major expansion of Milwaukee’s Zoo freeway interchange. Last year, Federal Judge Lynn Adelman said the plaintiffs would most likely prevail — but he allowed the interchange renovation to keep moving forward.

The state announced a settlement of the lawsuit on Monday. Under the deal, the DOT said it would spend $11.5 million over four years to ease congestion at the Zoo Interchange, which is the state’s busiest, and to improve the transporting of workers between Milwaukee and its suburbs. Another $2 million will be spent to enhance transit services and boost ridership.

The court helped provide the mediation which resulted in the settlement.