You are here: Home / Crime / Courts / Suspects in custody in Milwaukee playground shooting 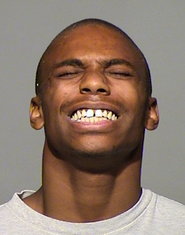 Police in Milwaukee say they now have two suspects in custody, in connection with a playground shooting last week that left a 10-year-old girl critically wounded.

18-year-old Sylvester Lewis of Milwaukee was charged Wednesday with causing reckless injury, reckless endangerment, and illegally possessing a gun as a convicted felon. Online court records do not say when Lewis will appear in court.

The other suspect, an unidentified 28-year-old Milwaukee man, has charges pending after he was arrested Wednesday at a state probation office in Milwaukee.

Police said the two men traded gunfire last Wednesday night, when a bullet seriously wounded young Sierra Guyton, who was playing near the monkey bars at the Clarke Street Elementary School on Milwaukee’s north side. A criminal complaint said Lewis was riding a bicycle when he rode by a group of men. One accused him of stealing a woman’s clothes, while another threatened to kill Lewis, and a gun battle reportedly came soon after. Prosecutors say Lewis knew that children were close by, but he fired shots anyway in retaliation after a bullet whizzed by one of his ears.