You are here: Home / Business / Weighing the debate over Net Neutrality 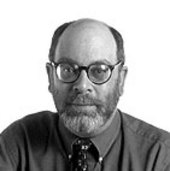 Federal communications officials are considering proposed rules that are aimed at the ongoing debate over net neutrality. Supporters argue they will give businesses a chance to make sure their products get to consumers quickly, but critics argue they would create an internet fast lane that shuts out companies who can’t afford to pay.

The proposal would allow companies to buy faster traffic speeds for their content from service providers, while also establishing a baseline of service for all other producers. UW-Madison telecommunications professor Barry Orton says the Federal Communications Commission is trying to appeal to producers and those who support net neutrality; the belief that all access to the internet should be equal. Orton argue that claims that the rules set up fast lanes while not establishing a slow lane are an “oxymoron and it doesn’t make any sense…it’s making no one happy.”

Supporters of net neutrality have long argued that all content distributed online should be treated equally. Allowing companies to purchase faster delivery speeds for their product would put small companies at a disadvantage, Burden argues. The FCC is facing growing pressure from large content producers though who want the ability to have their content get through faster.

Burden says the current proposal tries to “give lip service to the idea of net neutrality, but not give the law any teeth.”

The FCC is currently taking public comments on the proposed rules.