You are here: Home / Crime / Courts / Antigo man arrested after chase and stand-off with police 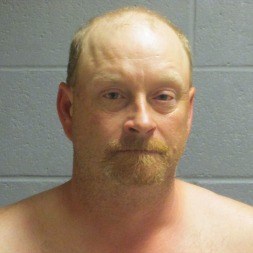 An argument between a couple from Antigo triggered an armed standoff with police and two high speed chases Wednesday.

Police says 42-year-old Perry Henke had threatened to shoot law enforcement officers, and did not surrender to them until tire spikes were deployed forcing him to stop. Henke reached speeds as high as 100 miles per hour during the chase and police say he was armed with two .22-caliber rifles.

One shot was fired over the house. Nobody was injured in the series of incidents.

It all started at 9:40 p.m. Tuesday, and Henke was taken into custody at around 2:30 a.m. Wednesday. He faces several charges including first-degree recklessly endangering safety, possession of a firearm while intoxicated and eluding law enforcement officers.

About 20 officers from several agencies assisted in Henke’s apprehension.