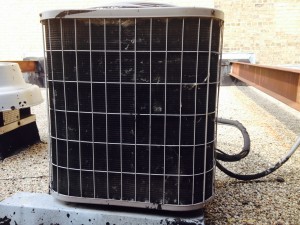 Lund said the suspect told police that he rode his bike around the Fox Cities, targeting random homes and businesses in Appleton, Menasha and the Town of Menasha, Grand Chute and Neenah. “It’s a pretty extensive area that he was biking in and disarming…air conditioning units. He indicated that he simply tossed the components away after taking them out.”

Lund said they’re asking people to check their air conditioning, if they haven’t used it yet this summer, to make sure the switches are still there.