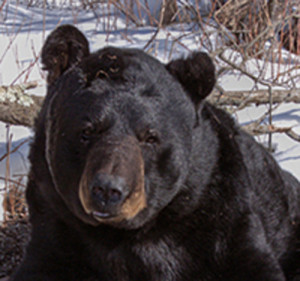 Maybe he was late for a court date or just needed a place to crash. Either way, Wausau Police and Marathon County Sheriff’s Deputies had to deal with a black bear Saturday morning after it made its way into the basement parking ramp of the county courthouse.

The black bear had spent the morning ambling around the east side of Wausau, stopping at the police and fire department before ending up in the basement employee parking lot at the Courthouse.

Sheriff’s lieutenant Bill Millhausen says they contacted the DNR and called out the county animal control officers. Deputies had recently been trained on handling large animals, and were able to subdue the bear without any danger using a tranquilizer gun. The bear was then transported to a county park. Millhausen says “the bear was very docile, it was not aggressive to anybody. This time of year, they’re coming out of hibernation, looking for food.”

Millhausen says the county has not encountered this particular bear before, but does say the public was not in any danger. “He didn’t do any destruction of property, simply came into town, meandered through, and actually ended up in a very safe location for us to affect the capture and moving of the bear.”