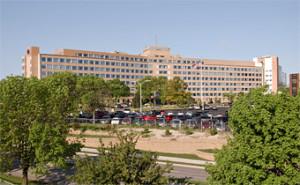 Several Congressmen are urging the President to support a complete investigation of the Veterans Administration’s health services.

Third District Democrat Ron Kind (D-La Crosse) and 13 others sent President Barack Obama a letter calling for the creation of a Blue Ribbon Commission to investigate the allegations of wait times, secret lists, manipulated data, and other problems that negatively impact the care received by America’s veterans.

Kind believes this full review of the Veterans Administration’s health services is necessary. “If we put the commission together and give them a little bit of time to do a thorough up and down review of the VA system, and come forward with fixes to ensure that this never happens again in the future, I still think that’s the best approach on how we can fix this and get it working for all of our veterans.”

Part of the problem is something Kind says has been around for a long time, and that’s the government’s failure to prepare for the large number of vets that need health care. “We’ve always known, for sometime now, that we’ve got an access issue with two million veterans coming home from Iraq and Afghanistan, many of them with physical and mental needs that we have to take care of. The fact that we now have a presumption to treat gulf war illness, agent orange, post-traumatic stress, that adds to the number waiting to get into the VA system.”

Kind says putting together commission and giving it time to do a thorough review, is the best approach on how to fix this problem. He says the veterans he has talked to are satisfied with the care they receive, but would like to get it a little faster. That’s especially true if they need to see a specialist.

“I’m hard pressed to go to any VA center or clinic and find a veteran critical of the care and the attention that they are receiving and that speaks volumes to the professionalism of our health care providers in the VA system, but given just the sheer numbers that are waiting to get in, we as a nation have to up our game.”