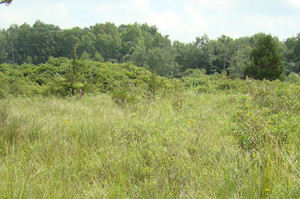 The state Department of Natural Resources is closing down makeshift shooting ranges in a pair of Columbia County wildlife areas.

The decision comes in reaction to concerns about safety, noise, and trash at the unmanaged shooting ranges in the parking lots of the Swan Lake and French Creek Wildlife Areas. Neighbors of Swan Lake, who live in a subdivision less than a mile away, had made numerous complaints about constant shooting during daylight hours and finding bullets on their property.

Eric Lobner with the DNR says litter was a major problem, with shooters often bringing in hazardous items that were shot at and then left behind. He says “people were bringing in a lot of electronic equipment. Screens from monitors…computers themselves…quite a few TVs. I even saw someone bring in a bedroom set.” The broken glass and bullet-ridden cases were then frequently left behind, with volunteers and department staff having to clean up the area almost every week.

There were also safety concerns from others using the wildlife areas, either to hunt or hike. Lobner says DNR hotlines would sometimes get calls from people who would head out from the parking lot, but be afraid to come back in once shooting had started.

Traffic through the lot at Swan Lake could range from just a handful of people shooting, to sometimes around 30. Lobner says the agency tried to encourage shooters to be more responsible, posting signs that encouraged people to pick up after themselves and recognize that a subdivision was located nearby. Unfortunately, Lobner he, “that did not seem to work.” As a result, about three acres of Swan Lake, where the shooting had been going on, is now closed to the public. French Creek will also have sections blocked off.

Lobner says a major reason the makeshift ranges were so popular is the limited number of publicly available shooting facilities in the area. To help meet the demand, the agency is working with a number of private ranges, including providing grants to some, to help offer expanded public access to those facilities.