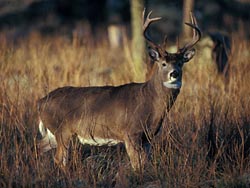 A new group is trying to raise awareness about the impact hunting has on Wisconsin’s economy.Mark LaBarbera is the co-chair of Hunting Works for Wisconsin. He says studies show nearly 900,000 people hunt in the state. He says on average, each hunter spends $2,800 a year.LaBarbera says overall, hunters shell out $1.5 billion on equipment, while their expenses for traveling to go hunting are more than $358 million. Overall, he says the sport has a $4 billion economic impact.The organization held a kickoff event Thursday morning in Green Bay for a statewide awareness campaign.