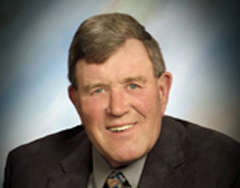 An advisory referendum, asking Kenosha County voters if the state should raise the minimum wage to 10-dollars-10-cents an hour, will be on the November ballot. County Board Supervisor Mike Goebel said the simple way to end debate is take it to the voters. “The living wage right now in Wisconsin is about $12.25 an hour. I put the $10.10 in their for a number of reasons, because I don’t want the legislature in Madison to pass a fifty cent minimum wage bill, and pat themselves on the back for being heroes,” Goebel said.

Supervisor Erin Decker warned that the resolution is really an effort trying to sway the fall election. “There is an organized effort to put this on the ballot statewide, mostly in counties that they hope to turn out one side of the aisle to vote, so they vote against the current governor,” said Decker.

Supervisor Greg Retzlaff suggested any wage bill other than the status quo won’t fly at the state capitol, including letting each county make the decision. “The current administration, the current majority, would never let that happen,” Retzlaff said. “And even if that changed, they would never let a country go rogue and vote on something like this.”

The board defeated a resolution that would give the county the ability to set its own minimum wage if the state doesn’t take action on the $10.10 proposal.