You are here: Home / News / Mulling over mascots and monikers 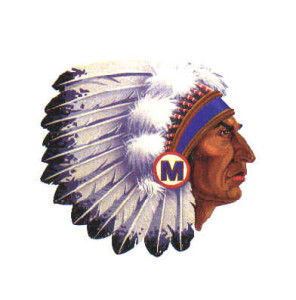 The Washington Redskins’ trademark revocation came down last week, and the conversation about race-based mascots in Wisconsin continues.

Barbara Munson, chair of the Indian Mascot and Logo Taskforce for Wisconsin Indian Education Association, is “delighted” with the decision. “The timing is good. There’s a national dialog right now.”

And, Munson is thrilled with that national dialog, which she says will impact Wisconsin’s debate regarding the use of race-based monikers in public schools, like Indians, Redmen, Apaches, and Chiefs. “We don’t know how it’s going to be impacted, but certainly it should make it clear to the 31 school districts that still are retaining race-based stereotypes as team symbols … that the issue is larger than their own community.”

Since the early 1990s, 35 school districts in Wisconsin have changed their Indian mascot, moniker, or logo. Those who want to keep the traditional names argue it’s a free speech issue. Also, some suggest social pressure could decide how to proceed, rather than having government mandates or “big brother” taking over.

AUDIO: Munson says it’s not OK to teach kids how to stereotype. (1:18)

Munson, an Oneida Indian of Mosinee, disagrees. “It’s not about Big Brother; it’s really about children in schools being taught how to do hands-on racism. It’s really not OK to teach children how to stereotype an entire racial group.”

In Wisconsin, 31 school districts continue to use race-based monikers, according to the Wisconsin Indian Education Association.

Last week after the Patent Office’s ruling to cancel the team’s trademark, the Redskins’ trademark attorney said the team will appeal.