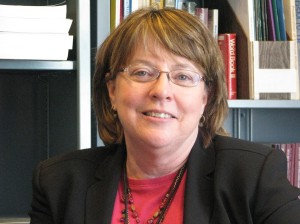 Reymundo Perez was found guilty Friday of reckless homicide and child abuse for the death of his girlfriend’s 2-year-old child. A Portage County jury of six men and six women decided by mid morning that Perez was responsible for the injuries that caused Felix Espinoza-Villa’s death in 2011. Prosecutor Veronica Isherwood said it was a difficult case to prepare for, but that she was ready to show the jury why Perez had to be held responsible.

Defense attorney Gary Schmaus argued that Felix’s mother Beatriz was responsible for the death of the child. Isherwood worked closely with the mother, and also attended several of the investigative events including the child’s autopsy in Madison. She said the defense’s effort to blame the mother was wrong.

“That made me furious. She is (also) the victim here. As the mother of the victim, she was who I was fighting for in that courtroom. Justice for Felix and justice for her. She lost her son and she will never get him back. All she has left is 814 days of memories. That’s how many days he lived.”

A sentencing date for Reymundo Perez will be scheduled in a hearing on Monday. He could get up to 60 years in prison for the reckless homicide conviction and another 15 years for the child abuse conviction.