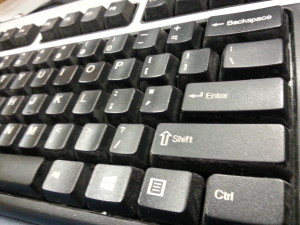 An online sex sting has caught a man from Portage County trying to arrange illegal contact with an under-aged girl in Clark County.

Clark County Sheriff’s deputies and the Thorp Police Department arrested 48-year-old Randy P. Scott late Tuesday night. Investigators say Scott had exchanged messages with an under-aged girl, saying he wanted to get her pregnant and take her back to his house to live together.

When Scott traveled to Thorp to meet the under-aged girl, he found out she was really a police officer waiting to arrest him.

Scott is charged with child enticement and using a computer to facilitate a sex crime. He is being held in the Clark county jail on a $20,000 cash bond.