You are here: Home / Crime / Courts / Pushing online safety in the wake of Slenderman stabbing 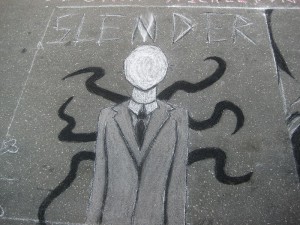 As families, police, and the public try to make sense of an attempted murder case in Waukesha, one social media expert says it should serve as a reminder for parents to take online safety seriously.

A pair of 12-year-old Waukesha girls say they were inspired to stab a classmate after reading stories about Slenderman. Madison College Marketing professor Steve Noll says the character is like an online boogeyman who has thrived in fictional stories written by fans for the past decade, through subgenres of horror literature that are posted online. Noll says “Slenderman is just kind of one in a whole series of these fictional characters, that have been invented and then put out there…other people pick up the story and then make it their own.”

The stories featuring the character are typically gory and violent, and are written with an adult audience in mind. Noll says it’s surprising to see a pair of 12-year-olds had been reading the material and developed into fans, but notes that it’s another example of the dangers that are lurking online. “The internet is akin to a chainsaw. It can be a wonderful, powerful, and needed tool…but in the hands of a child or someone who doesn’t know how to use it, it can be a deadly instrument.”

Prosecutors have charged both girls as adults with first degree attempted murder. The victim, a 12-year-old girl as well, continues to recover from stab wounds that pierced multiple organs and came millimeters away from striking a major artery near her heart.

While it remains unclear how the girls accessed the stories or how long they had been reading them, Noll says reports that they had been planning the killing for months indicate they likely had unchecked access to the material for some time. He says it’s an example of how important it is for parents to keep tabs on what their children are doing online, either by blocking access to particular sites or monitoring their web usage with software and checking browser histories. “Parents have to be more proactive in looking at that stuff…in monitoring that stuff,” he suggests.

Operators of the site named in the criminal complaint moved to distance themselves from the case Tuesday, stressing that the works featuring Slenderman and numerous other characters are fictional, and that members of the site are not part of a satanic cult. Noll says broad censorship is likely not the best answer, since the girls stumbled onto something that’s meant to be adult-oriented. He says there’s obviously an audience for a genre of writing that has flourished over the past few decades, and “99.9 percent of the people who read it understand that it’s fiction…that it’s a ghost story.”