You are here: Home / Environment / Conservation / Tracking a cougar in Rock County 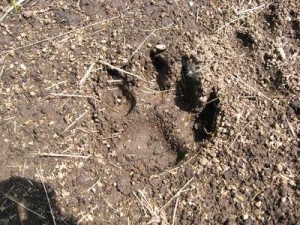 An official with the state Department of Natural Resources says the agency is monitoring reports of a cougar spotted in the Janesville area. However, District Wildlife Supervisor Eric Lobner says the DNR will not be working to track down the animal unless it poses a risk to public health and safety.

The reported large cat was spotted Sunday evening by a person who said he saw the animal walking behind his residence. Another sighting came Tuesday, reported by a walker. Paw prints were also located and photos have been sent to the DNR, although lobner says a first glance leads him to believe the prints were left by a large dog, not a cougar.

Lobner says it is rare to see cougars in Wisconsin, but the animals have become more common in recent years. Most famously was a cougar that was spotted in Milton in 2008, which eventually made its way in to Chicago before it was shot and killed.

While they do encourage the public to report sightings of the large animals, Lobner says the DNR will not go after a cougar unless it has attacked the public or livestock.