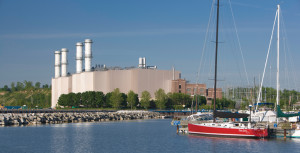 The owners of We Energies announced Monday a proposal to buy Integrys Energy Group as part of a $9.1 billion deal. The merger, which must be approved by regulators, would create a four-state utility company serving more than four million customers.

Citizens Utility Board acting executive director Kira Loehr says the proposed purchase came as a surprise, and it’s one they will be watching as it moves forward. Loehr says a major concern is that “basically, We Energies will control the entire eastern half of the state, if this goes through.” She says that would make it difficult to evaluate proposals put forward by the company, and creates a giant rate base that will make it hard to identify where specific dollars are going. Loehr says “it has the potential for abuse.”

Loehr says one of the main problems that comes out of utility mergers is what customers will pay for service. We Energies customers currently pay the second highest rates in the state, with an average residential customer bill above $90 a month. WPS customers pay an average of $77 a month. Loehr says “that’s one of the things we’ll be watching closely; which direction are those two going to go if they’re combined.”

Wisconsin Energy CEO and chairman Gale Klappa says the deal “provides a unique opportunity to create the premier regulated utility system in the Midwest, with superior service and competitive pricing for years to come.”