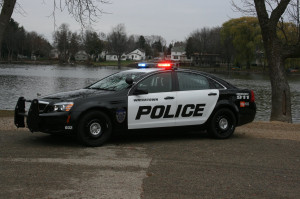 Police in Watertown say a 27-year-old man is dead from injuries he suffered during a sword attack.

The attack happened Thursday at a boarding house in Watertown. Police were called to the house just before 5 p.m. by a 24-year-old resident, who reported that there was someone being attacked by a man with a sword. The caller had an injury on his hand, but reported that another victim had more serious injuries.

Police spotted a man with a sword at the top of a stairwell. A trained negotiator was able to eventually get the man to surrender to police. Officers then found a second victim in a second floor apartment with stab wounds and lacerations.

Both victims were transported to a local hospital for treatment. The 27-year-old victim died from his injuries, while the man who initially reported the attack was treated and released.

Investigators recovered two sword-type weapons from an apartment, along with other evidence. A 29-year-old suspect was arrested on suspicion of first-degree intentional homicide and first-degree reckless injury.