You are here: Home / News / Highway Trust Fund needs a fill up 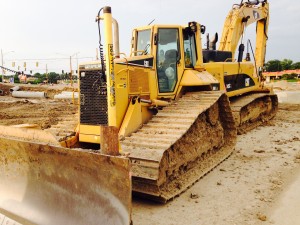 A crisis may be looming in Washington, over federal transportation funding. The Highway Trust Fund, which is financed by gasoline taxes and pays for transportation and infrastructure projects, is set to run out by the end of the summer. Wisconsin Congressman Mark Pocan said if that happens, hundreds of thousands of jobs and thousands of construction and repair projects will be impacted.

“Congress simply has to act, and figure out how to get money in the fund, and . . . how to make it a sustainable amount of money so we don’t have to come back every year and face this issue,” he said. The federal highway money will begin to dissipate at the beginning of next month and stop altogether by September 30th.

“States like Wisconsin will have to choose which projects are going to continue, and which ones will be delayed by insufficient funds,” Pocan said. “They’re going to have to prioritize, and in some cases projects that are in serious disrepair won’t get repaired.”

The fund is headed towards insolvency because the government now spends more money on projects than it collects from the gas tax, which has not been raised in over two decades. Pocan, a Democrat representing Wisconsin’s 2nd District, highlighted the issue during a stop at the major Verona Road project in Madison on Monday.