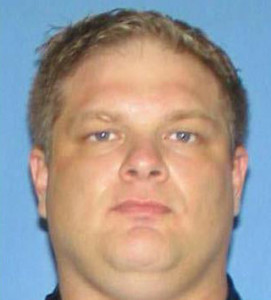 A Rockford, Illinois murder suspect, who was caught in Beloit last week after a high speed chase, made his first appearance Monday in Rock County Court.

Assistant District Attorney Perry Folts said the state of Illinois is requesting that bail be set at $110,000 because 36-year-old Terence Doddy represents a flight risk. Doddy was apprehended Friday afternoon, after leading officers on a high speed chase that crisscrossed the Illinois-Wisconsin border. The crash ended in the Town of Beloit when Doddy crashed into a tree, but Folts says he continued to resist arrest and had to be “tazed” before he was taken into custody.

Doddy is suspected of killing Tonya Bargman, of Monticello, Illinois, at a rest stop in Paw Paw, Illinois. He is also allegedly connected to the killing of Todd Hansmeier, whose body was found at a Rockford call center.

Court Commissioner Larry Barton felt the bail amount requested by the state of Illinois was too low and set bond at $210,000 cash. Doddy will be back in court for an extradition hearing on July 25th.