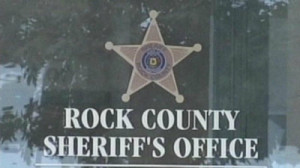 A Janesville woman is facing charges of Operating While Intoxicated, after Rock County Sheriff’s officials say she was arrested Monday night for driving drunk with six young children in her car.

Deputies responded to a minor accident with no injuries just before 7 p.m. Monday at Highways 11 and 51 in Rock Township. During the course of their investigation, 30-year-old Cassy Schyvinck-Samret reportedly showed signs of impairment and admitted to consuming alcohol. She was arrested after officers conducted field sobriety tests and she was issued multiple citations.

The children ranged in age from three to eight-years-old. Two of the children were hers, while four others were in her care. The Sheriff’s office says the parents were notified about the incident and came to the scene to pick up their children.