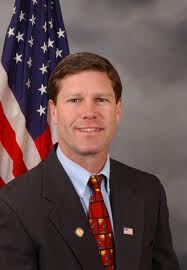 Companies that keep jobs in the US could get a tax break, under a proposal from Wisconsin Congressman Ron Kind (D-WI).

The proposal would give companies that keep jobs in the country a 20 percent marginal tax rate, which Kind says is much lower than what they are currently receiving. He says it would reward job creators and “level the playing field so they can compete globally” and not have to consider moving product lines overseas to lower manufacturing costs.

Kind says he believes that “if you decide to stay here and create jobs here and make things here in America, you’re going to get a tax break for doing it.”
The proposal would pay for the manufacturing tax credit by eliminating loopholes Kind argues provide no economic benefit to the country, such as provisions he says currently reward companies that are moving jobs overseas.