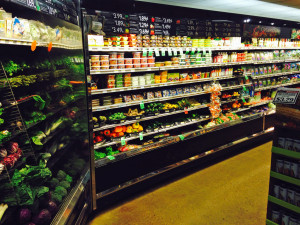 Some participants in the state’s FoodShare program – commonly referred to as food stamps – are going to be required to work or enroll in a worker training program in order to continue receiving the assistance. They are “able-bodied adults without dependents” in Racine, Kenosha and Walworth counties, where the Wisconsin Department of Health Services is rolling out a Republican-enacted law before taking it statewide January 1st.

Representative Cory Mason of Racine is a Democrat who says the new requirement won’t have the have the intended effect of getting people back to work. “Simply demanding that people work on resumes or do more applications in a given month has been proven . . . not the be the successful way to get people back to work,” Mason said. “What it is successful at is kicking people off their food stamps when they’re poor and trying to make ends meet.”

Claire Smith, a spokeswoman for the state Department of Health Services, said rolling out the new requirement in the three southeastern counties will give DHS time to make any adjustments before it goes into effect statewide. Mason said it’s not clear whether local food pantries will be able to shoulder increased demand. “You talk to anybody in a food pantry, and they will tell you that the charitable donations that they get are just not enough to address the need of families and people going hungry.

The nonpartisan Legislative Fiscal Bureau has estimated that statewide, half of the people subject to the work requirement – some 31,300 out of 62,700 – will not be unable to meet the requirement and be forced off FoodShare.