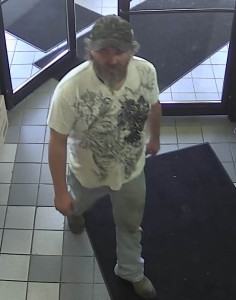 A Missouri man has been identified as the person who abandoned a puppy behind a dumpster in Oshkosh last week.

The Oshkosh Police Department has made contact with the man, identified from surveillance photos at the Planeview Truck Stop. The puppy was located behind a dumpster by an employee at 11:25 a.m. on Thursday, July 10. The puppy was in a black plastic gift bag and had a broken pelvis.

The police department received information over the internet which lead the to contact a trucking company out of Missouri. According to a department press release, the man has admitted he left the dog behind the dumpster.

No charges have been filed and the investigation is still ongoing. A truck that was in the earlier photographs was mistakenly identified as the suspect vehicle, but had no involvement in the incident.

The puppy continues to receive care from a local veterinarian.