You are here: Home / News / Postal sorting facilities to close 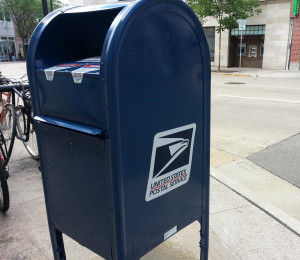 The U.S. Postal Service will close the Rothschild mail distribution center. That announcement was made Monday.

Postal Service officials say closing Rothschild and 81 other facilities across the country will save the struggling government department $750 million every year.

Rothschild isn’t the only Wisconsin site getting the ax. The Postal Service will also shut down Madison, La Crosse, and Eau Claire distribution centers. The list of 82 closures is in addition to the 141 postal facilities that were consolidated in 2012 and 2013.

It’s unclear exactly when when the four Wisconsin distribution centers will close, but Postal Service officials say they will be shut down by the fall of 2015. They claim the closures will not affect delivery times and quality of service.

The U.S. Postal Service plans to reassign union employees to other union jobs within the service, claiming union members won’t be left without a job. It’s unclear what those jobs might be. Some non-union employees might get reassignment to available supervisory jobs where appropriate.

More details about the consolidation plan will be made public in the near future.