You are here: Home / News / State to help workers after Copps closes 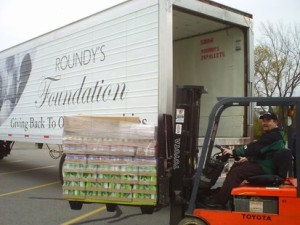 The announcement Tuesday to close the Copps Distribution Center took employees by surprise. The state will step in to assist where possible.

Wisconsin’s largest grocery chain will close its distribution center in Stevens Point, putting almost 200 people out of work.  Roundy’s told state officials yesterday that most employees would be released by the end of August, and the shutdown would be complete by the end of September.

The company blames the closure on the sales of more than two dozen Roundy-owned stores in the Minneapolis-Saint Paul areas, which obtained its grocery items from the Stevens Point facility.  The firm said it would move the center’s operations in phases to similar facilities in Oconomowoc and Mazomanie.

Whenever a large business closes, they notify the state’s Department of Workforce Development as required by law. John Dipko from the Department says now, their Rapid Response service can administer the Dislocated Worker Program, helping workers, companies, and communities affected by mass layoffs and closings.

Dipko says there will be meetings with the company, union representatives, and local service providers plus orientation for affected workers. They also survey employees to determine what help is needed, and coordinate employment and training agency services. Many displaced workers will qualify for additional programs to get them back into the workforce.