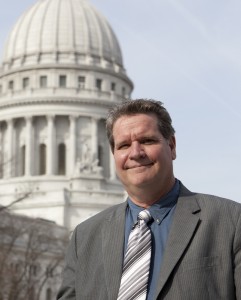 State Treasurer Kurt Schuller had campaigned on the promise to eliminate his office altogether, an idea he no longer supports. “My original effort of elimination was misguided.”

The backlog of claims has grown while the Revenue Department worked on a new computer system to speed responses in the future.

Reacting to a Milwaukee Journal Sentinel article, Schuller now believes his office should stick around and the Unclaimed Property program should be returned to where it had been administered, he says, with tremendous success. “It’s become apparent to me that the change the state Treasurer’s office needs is re-empowerment.”

The Revenue Department had identified antiquated software and outdated vendor contracts at the Treasurer’s office, according to the newspaper. Schuller blows off those claims and touts the success at his office. “It’s amazing that we were able to get back the same amount of money in six months with supposedly antiquated systems that (Revenue Dept) hasn’t given back in a year.”

Schuller explains that his office returned nearly $36 million in property to its rightful owners in 2012. Between $18 and $23 million worth of unclaimed cash and property has been returned to state residents in the last 12 months by the Revenue Department, but the Treasurer’s office returned nearly that same amount in half the time just before the program was transferred to the D.O.R.