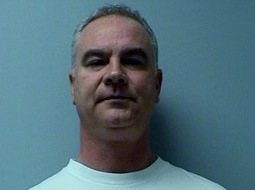 A Wausau man charged with possession of child pornography made a court appearance on Monday.

Michael Switalski, 50, appeared Monday, where he entered not-guilty pleas to all 32 charges. Switalski has been on administrative leave from Wausau Newman High School since the allegations surfaced in March.

Prosecutors say he had several images obtained from a Canadian company that were purchased and sent to his home. When police raided the company’s files, they found several customers including Switalski. Investigators say they seized 96 photographs and a dozen videos showing naked under-aged boys.

Switalski is free on a $35,000 cash bond. Defense attorneys plan to file several more motions in the next ten days. A status conference has been scheduled before the judge on September 4th.