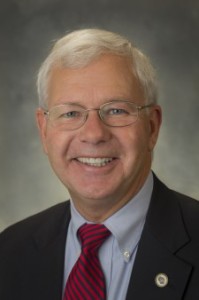 The Wisconsin Economic Development Corporation is reviving tax breaks for some historic preservation projects, just three weeks after it put the program on hold.

WEDC halted the tax breaks, which were approved by lawmakers last year, after the awarded tax credits grew to $35 million. The figure was well above the initial estimated economic impact of $4 million for the first year of the program.

The governor and several lawmakers backed the move, saying the state should proceed with caution. Critics of the move argued WEDC should continue awarding the tax breaks though, because the projects they are encouraging have the potential to create hundreds or thousands of jobs.

WEDC Secretary and CEO Reed Hall says Monday’s decision will result in the agency awarding tax breaks to projects involving buildings that meet the standards of the State Historic Preservation Officer and the National Park Service of historic buildings. Hall says that process for Certified Historic Buildings “is very rigorous” and should result in the focus shifting to larger projects that have community and investor involvement behind them.

The moratorium will remain in place for buildings that do not have a historic designation. Hall says that should ensure the focus is on projects that can have the greatest economic impact, to balance out the reduction in state revenue. He says they will “try to determine, in a scientific way, the investment return to the state of Wisconsin.”

Hall says WEDC may consider asking the Legislature to make changes to the program next year.