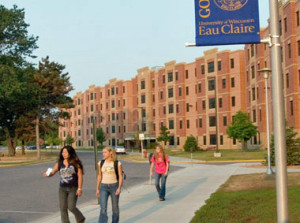 Two new dormitories on UW System campuses, approved by the State Building Commission, are now being delayed. Officials at UW Whitewater and UW Eau Claire say they need the new facilities, and were hoping they’d be open by the fall of 2016. However, the state Administration Department says it’s dealing with a cash flow based on a quarter-billion dollars in cuts to the building program in the current state budget. Officials note that the projects are still in the hopper, and only the Legislature can remove them.

Meanwhile, the Milwaukee Journal Sentinel says the delay could create new discussion of whether more campus housing facilities should be funded by private gifts through university foundations. UW campuses at Green Bay, Milwaukee, and Platteville have all found it faster and more cost-efficient to build dorms that way, because they can be self-supporting.

Right now, student fees cover the building and maintenance of dorms while the state picks up the borrowing costs. State Assembly Colleges Committee chairman Steve Nass of Whitewater is concerned about rising student fees. His spokesman Mike Mikalsen says the money students have saved by recent tuition freezes is being “eaten up” through higher surcharges and student fees.