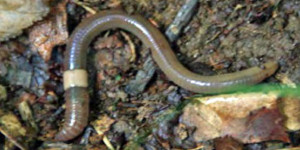 An invasive species that can have a major impact on forests has been found in Appleton. The Asian Crazy Worm was also found in Madison’s UW Arboretum last fall, and the Department of Natural Resources is hoping to check its spread before it reaches the north woods.

“If something’s in your soil that’s going to effect the regrowth and regeneration of your species there, this is one of them,” said Bernie Williams, an invasive plant and earthworm specialist with the DNR.

The worm drains the nutrients from the soil and has caused significant impacts in the eastern U.S., particularly in the Smokey Mountains The worms are gray, thrash around a lot, move like snakes and can shed their tails.