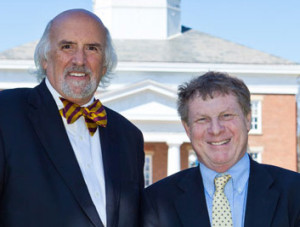 Much of the incoming Class of 2018 on college campuses across the country were in kindergarten when the images of 9-11 were being shown on TV, have always lived in a world where cloning an animal is possible, and never saw Joe Camel being used to sell cigarettes. Those observations make up some of the 55 items on Beloit College’s annual “Mindset List,” a compendium of pop culture and historical facts that reflect the lives of a generation of students mostly born in 1996.

Tom McBride, a recently retired English professor at Beloit College, is a co-author of the list. He says it helps to explain to educators some of the cultural divides they may experience with students heading into a new school year, which can be used to adapt how their classes and lectures are run. McBride says that, while some professors may prefer to see their material as “platinum-encased, time honored, and universal,” the truth is that time passes and things need to change. Being able to understand what students have experienced can help improve efforts to teach them.

Major points on the list reflect how technology has changed rapidly around many 18-year-olds and influences their daily lives. Easy access to digital cameras has made selfies and social media a part of everyday living. How they consume media has also changed, McBride points out. While he and his wife enjoy the movie-like experience having a large flat screen TV in their home provides, many new students watch shows without actually being in front of a television set. Laptops, tablets, and even smart phones are the method of choice for many young viewers.

McBride says “binge viewing” is also more common, with younger generations now watching several episodes of TV show in a single sitting. He says that could translate into the classroom, with students possible “binge studying” in the future by watching videos of lectures posted online, instead of just reviewing notes.

The frequent use of medications by students is another aspect of younger generations educators should be aware of. Just 20 years ago, less than one percent of the American population under 18 were on some sort of medication for ADHD. McBride says studies have shown that it’s now about five percent, which can have a big impact on how many people learn and behave in the classroom.