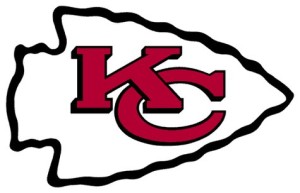 The Kansas City Chiefs football team took a hit out of bounds, before Thursday’s game against the Green Bay Packers even started.

One of the motor coaches being used to transport the team to their hotel in the Green Bay area was struck by a car at a Grand Chute intersection Wednesday. The buses were under police escort by Outagamie County Sheriff’s Department deputies, so there was definitely someone there to blow the whistle and flag the offending driver, who failed to yield the right of way.

Two adults and three children were in the vehicle that collided with the bus. One of the children had a minor cut, and was checked over at a nearby hospital. No one on board the bus was injured.