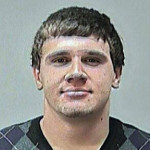 A former University of Wisconsin football recruit has been sentenced to one year behind bars for sexually on the Madison campus. Dominic Cizauskas, a star athlete at Mukwonago High School, assaulted a woman he knew in her dorm room during a recruting visit to UW.

A Dane County judge also sentenced the 18-year-old to probation after his jail term, and he will have to register as a sex offender. The victim and Cizauskas testified that they had consensual sex in the past. Prosecutors argued that no matter what had happened before, she did not want to have sex with him that night and said no.

The Dane County district attorney wanted Cizauskas to serve one to two years, while his attorney sought probation. Cizauskas was rated as the Milwaukee area’s top prep player at the time of his arrest in March.