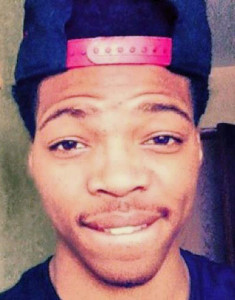 The Racine County District Attorney’s office has charged a 15-year old boy with intentional homicide and robbery, for the late July shooting death of a 19-year man old on the city’s north side. District Attorney Rich Chiapete said police were tipped to an on-line rap video, with gang slang, in which the teen bragged about the shooting, and displayed a gun belonging to the victim.

“Obviously, anytime that we have a homicide, it’s very concerning,” Chiapete said. “I’m very concerned that we have this type of violence from someone this young.” According to police reports, Semar McClain was shot in the head on the evening of July 29th.

The victim’s older sister said McClain had recently moved to St. Paul, but had come back home for a friend’s funeral, and didn’t deserve what happened. “How can a person just do something like that, and just be okay with it? My brother didn’t do nothing to nobody,” said Semaja McClain. “He would have given anything to anybody if they just asked. You didn’t have to kill him.”

The 15-year old, by state law, is automatically charged in adult court, with his attorney later having a chance to argue for juvenile jurisdiction. Conviction in adult court means life in prison.