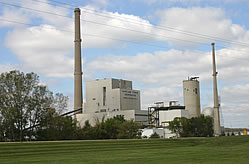 It appears concerns about inadequate coal shipments to some Wisconsin power plants have been addressed. There were concerns that Burlington Northern Santa Fe Railway was prioritizing crude oil shipments from North Dakota, at the expense of coal customers, including Dairyland Power Cooperative, where Deb Mirasola is manager of communications and marketing.

“BNSF has assured us that they are increasing the frequency of service to the barge station on the Mississippi River, which delivers to our Genoa facility, and we are seeing that frequency now,” said Mirasola.

BNSF has pledged three additional train sets, each with about 115 car loads of coal. That’s after Dairyland raised concerns with elected officials in Madison and Washington. “We continued to work with the BNSF throughout the process,” said Mirasola. “We just thought it was important to share our situation with our members and our legislators.”

Mirisola pointed out that the situation had the potential to become urgent – Dairyland gets its coal via rail, and then by barge on the Mississippi, so once the river freezes up, they can’t get more until spring.