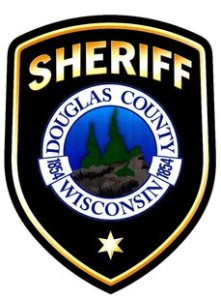 Two girls from northern Wisconsin can be thankful that an alert Douglas County Sheriff’s deputy rescued them over the weekend. The 12-year old girls, both from Bruce in Rusk County, were on the Minong Flowage Saturday afternoon when their kayaks overturned.

They were trying to right the vessels in the middle of a large bay east of Totogatic Park when Deputy Steve Olson spotted them through binoculars. “Both girls told me they needed help. Both girls’ heads were barely out of the water. One of the young girls appeared more scared and tired than the other,” Olson said in his report on the incident.

After bringing both onto the back of the jet-ski, the deputy transported them to shore and towed the kayaks in as well. The girls were not wearing life jackets and were just under a half-mile away from shore.