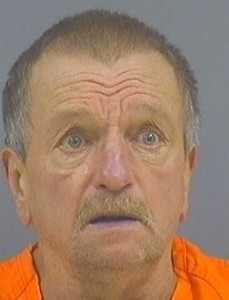 An Eau Claire man has been arrested for murder after his wife was found dead in their home.

Eau Claire police say Thomas Biesterveld was arrested Monday on a charge of First Degree Intentional Homicide. He has been in custody in Chippewa County since Friday, after he was arrested on drunk driving and weapons charges related to a chase from Bloomer to his home in Eau Claire. Officers conducting a follow up investigation on Friday discovered the body of his wife, 58-year-old Lois Biesterveld, in the couple’s home.

Biesterveld is currently being held in the Eau Claire County Jail. Police plan to hold a news conference Tuesday morning to reveal more details in the case.