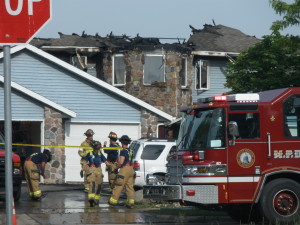 A popular Rock County watering hole was extensively damaged by fire early Monday. The blaze broke out at the Anchor Club on Highway around 4:00 a.m. Captain Jude Mauer with the Rock County sheriff’s department. Mauer said the Newville bar and restaurant is a popular destination for boaters on the Rock River and Lake Koshkonong.

Mauer said while nothing has been confirmed, it’s possible the building will be considered a total loss. There had been an electrical problem at the site on Sunday, but the owner and electrician felt they had solved the issue. The fire remains under investigation.