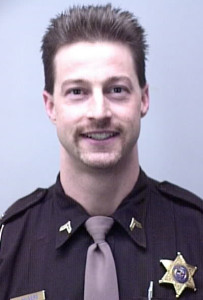 A year after he resigned, a former Dane County deputy has been charged with sexual assault and possession of child pornography.

In April of last year, 42-year-old Jeffrey Hilgers allegedly had a relationship with a 42-year-old woman that was in the jail diversion program. The woman admitted they first met when she was a jail inmate. State law forbids sexual contact between correctional officers and inmates.

In addition to second-degree sexual assault, Hilgers is charged with seven counts of child pornography, which investigators reportedly found on his comptuer during a search of his home.