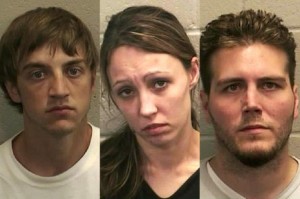 Town of Menasha police say three people have been charged in connection with two separate heroin overdose deaths. Investigators have accused 25-year old Adam Bishop of Neenah with supplying heroin to a 21-year-old woman who died last September 20. Evidence at the scene, plus autopsy results, confirmed that she had been using heroin.

In another case, 33-year-old Nicholas Hanstad and 27-year-old Amanda Hanstad have been charged with supplying heroin to a 35-year-old man who died on March 21. Police again say autopsy results pointed to heroin as the cause of death. In the past year, police say three heroin-related deaths in the Town of Menasha have led to homicide charges.