You are here: Home / News / Funeral Thursday for child killed in Wausau crash 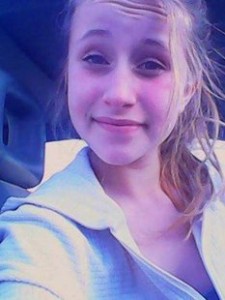 Six days ago, Deserae Landowski was with a carload of kids going swimming. Today, she is being laid to rest.

Deserae Landowski was a seventh-grader at Horace Mann Middle School in Wausau, and was known to frequently fix her hair, nails, and clothing to look nice. In fact, the 12-year-old was starting to think about going to the local beauty college, so she could help others look their best. Landowski was also looking forward to being with her school’s dance group this year.

That promising future ended after a fatal one-vehicle traffic crash last Friday, when a large sport utility vehicle with 10 kids crashed on the way to the Eau Claire Dells Park swimming area east of Wausau.

The Peterson/Kraemer Funeral Home in Wausau is handling her funeral arrangements. Visitation is at their 6th Street location in Wausau beginning Thursday at 3:00 p.m., with the funeral service starting at 6:00 p.m.

The family is also trying to cope with the expense of Deserae’s funeral. Family officials had to change cemeteries when they were unable to come up with the cash for burial at Restlawn Memorial Park. She will instead be buried at Pine Grove Cemetery in Wausau. A fund to help cover the costs of the funeral has been set up through the Cloverbelt Credit Union, along with a crowd-funding website.

12-year-old Reighlee Stevenson of Oshkosh died at the scene. Landowski died later at Ministry St. Joseph’s Hospital in Marshfield. One boy is still at Saint Joseph Hospital. A balloon release remembering Stevenson will take place Friday at Menominee Park in Oshkosh, beginning at 6:00 p.m. near the basketball courts.