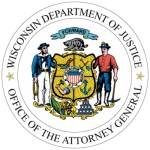 A Clark County dairy producer will pay a  fine for exceeding the limits of a state permit. Grassland Dairy Products has been ordered to pay $300,000 after the Attorney General’s office obtained a judgement against the dairy. Grassland reportedly failed to comply with a biochemical oxygen demand discharge limit of 82.6 pounds per day.

Department of Natural Resources investigators found the plant had several days where the discharge was 150 % of the permitted limit. The DNR regulates BOD, or biochemical oxygen demand levels because it affects the amount of dissolved oxygen in nearby waterways for aquatic life. The nearby Black River is on the Environmental Protection Agency’s list of impaired rivers due to low oxygen in Clark County.

The violations occurred between 2006 and 2013. Grassland has upgraded its wastewater treatment plant to address the problems. Grassland is one of the world’s largest producers of butter.